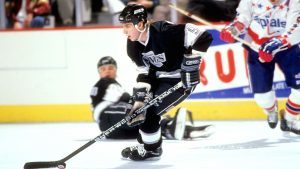 Bernie Nicholls played over 1100 games and over 17 years. Today, Bernie is involved in the first ever real money sports stock market where you can buy actual shares of your favorite team!

“There’s nothing wrong with dreaming and working hard to try to make it.” – Bernie Nicholls 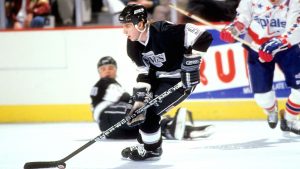 Bernie spent his junior career with the Kingston Canadians. He grew up in Ontario where he played minor hockey.

“You do whatever it takes to be the best you can possibly be. When you have that working for you, then you will (succeed).” – Bernie Nicholls

In 1980, he got drafted by the LA Kings. He spent more than 17 years in the NHL. He is one of only eight players to score 70 goals in a single season, and one of five to score 150 points.

Bernie had a tough start in the NHL. He is thankful that other players were there for him. It was crucial for him to learn how to lead.

“Just having the opportunity to play in a professional sport as a kid. It was definitely a dream come true.” – Bernie Nicholls

Among his most cherished memories is the time he played with Wayne Gretzky. It was during that year when he scored 70 goals. It was always his dream to become a pro.

Winning with the LA Kings

The Kings won the Stanley Cup in 2012. Bernie has been watching the team for a couple of years. He wanted them to win, and so he volunteered to help.

“A lot of players want to help. They want to do something to help make their team better.” – Bernie Nicholls

He became the team’s coaching consultant and felt closer to the players. He found it was easier for the players to talk with former players.

Download and listen to today’s episode with Bernie Nicholls. Connect with him through the links below. Remember to let Bernie know you heard about him on Stop Riding the Pine!

Don’t forget to leave a 5-star rating and review if you enjoyed the show. We would love to hear from you!