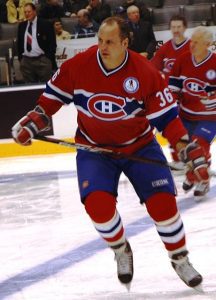 We’re back on our special NHL series! Today, Jaime Jay welcomes Sergio Momesso. Sergio “Mo” Momesso is a former NHL player who played for the Montreal Canadiens, St. Louis Blues, New York Rangers, and the Toronto Maple Leafs. He is currently doing color commentary with The Sport Network (TSN) and traveling with the Montreal Canadiens covering all their games. Tune in!

Back in Full Circle 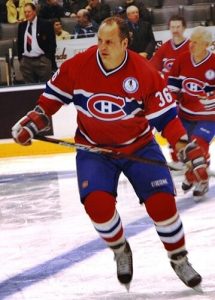 Mo was born and raised in Montreal. His father played soccer in Italy. Their family moved to the US, and started a new life.

He grew up in the neighborhood, and got drafted into Montreal until he made it in the St. Louis Rangers. Sergio spent many years playing hockey. He even went as far as Europe after the NHL.

The first year I came into the league with the Montreal Canadiens, we won the cup.” -Sergio Momesso

After his career in the hockey league, he went to work in restaurants and hockey schools. He also worked for the Canadian system in the minor leagues. Now, he is back in full circle as a color commentator for TSN.

Into the National Hockey League 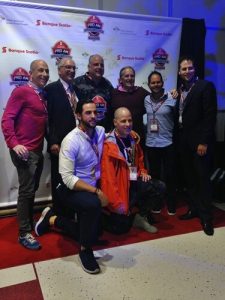 Sergio remembers the time he made it in the NHL. He tried for team Canada for 2 years in a row. He went to the training camp and learned from professional players.

You have to realize that you can play with those players, and you have to put in your mind that you’re good enough to be there.” -Sergio Momesso

He did everything he could to succeed. He placed his mind into it until he finally made the team. According to him, it was one of the greatest days in his life. 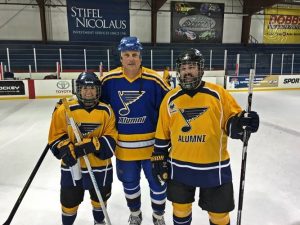 Sergio believes that you have to work hard for what you want. After making it to the team, his next step was to continue in the league.

I didn’t mind doing all the dirty work when I got to play with those guys (Bret Hull and Adam Oates).” -Sergio Momesso

Some don’t get the chance to play for many years in the league, but Sergio made it to 12 and a half years. He then went to Europe to play for 4 more years. His love for hockey never went away.

Download and listen to today’s episode about Sergio Momesso. Connect with him through the links below. Remember to let Sergio know you heard about him on Stop Riding the Pine!