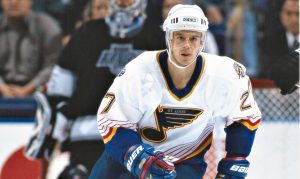 Terry Yake has played hockey professionally for 11 years, most notably with the Anaheim Mighty Ducks leading scorer and the first hat trick in their inaugural year. He is still competitive in AAA men’s hockey, a successful entrepreneur, and director of the St. Louis Blues Alumni. An association that’s become a model across the country for other professional alumni associations.

“Believe there is an opportunity for you to be whoever you want to be. The more you strive to get there, the better off you will be.” – Terry Yake 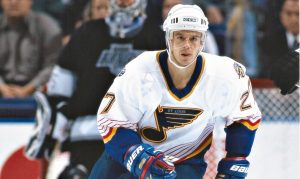 Terry played a lot of his minor hockey in Manitoba, Canada. That was where junior clubs started to recognize him. At the age of 16, he played his first game with the Brandon Wheat Kings.

He became captain of their hockey club when he was 18. In 1987, he entered the NHL with the Hartford Whalers. By then, he knew that was what he wanted to do.

With the St. Louis Blues

Terry joined the Blues in 1997. During those years he spent with them, the team ranked among the top teams. He shares those years were the most exciting times in his career.

“Be in the moment, where you are, whatever you’re doing. If you can do that you can find a great escape…and success.” – Terry Yake

He fell in love with the community. Although he knew he had to play in Europe, he always considers it a great thing to be with the team again.

Terry became the director of the St. Louis Blues Alumni Association. He is happy to be able to give back to the community.

It has been a wonderful experience for him. He is looking forward to continue growing with the Association.

Download and listen to today’s episode with Terry Yake. Connect with him through the links below. Remember to let Terry know you heard about him on Stop Riding the Pine!

Don’t forget to leave a 5-star rating and review if you enjoyed the show. We would love to hear from you!