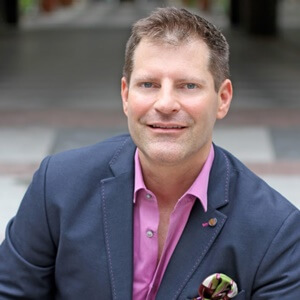 Jason Treu (Troy) is an executive coach, podcast host and is the best-selling author of Social Wealth. He works with corporate leaders as well as with startups to maximize their potential and performance.

“If you could find some links, some things people could do, you could change performance in a team, in a working group, across different business units or in an organization no matter how big it was.” – Jason Treu

Jason returns to Stop Riding the Pine Podcast since his appearance on episode 80, where he talked about Finding Your Blind Spots. In his many years of talking with people, he saw the common challenge faced and that is applying the lessons learned.

“In many ways, the best teams, were more like a family than the other teams were.” – Jason Treu

According to him, it is important to consider how we operate with one another in our daily lives. This rings true across our established relationships.

How do you operate with others in business? In this setting, according to Jason, we are basically reliant on others for success. Solopreneurs, for example, get better relationships through their networks.

Jason has spent time with teams and found inefficiency was always there. Some teams did perform well and some team did not. But the difference between these two sets of teams is more than the skills and abilities of their members.

Teams, where members were happy, excited and motivated, produce a different outcome. Regardless of the size of the team, leaders could find clues to what can be done to up the performance.

To hear from Jason Treu, download and listen to the episode. Connect with him through the links below. Remember to let Jason know you heard about him on Stop Riding the Pine!

If you haven’t checked it out yet, listen to our previous episode Scott Beebe The Power of Intentional Leadership | Ep. 248. Don’t forget to leave a 5-star rating and review if you enjoyed the show. We would love to hear from you!