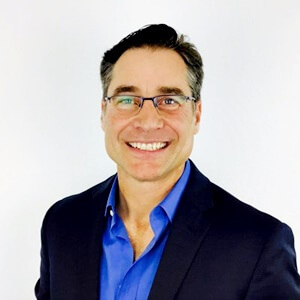 Erik Seversen is an Adventurer, Writer, Speaker, and Educator who helps others discover their own greatness, learn how to take action, and add passion and meaning to their lives.

“There are times when the risk is deadly and it is always a calculated risk. And for the business, there are these fears that we feel and overcoming them is great.” – Erik Seversen

From Ordinary to Extraordinary

Erik used to be the kind of person who’d prefer sitting on the bench instead of getting in the game. It was not until high school when he started making the 180-degree turn in his life.

“I created a company called Innovative Educational Services to use these business strategies in education which I really don’t see anybody else doing. ” – Erik Seversen

During his spare time, he mowed lawns to raise enough money for a trip to London and hitchhike from South to Central Africa. Erik pursued a Master’s degree in Anthropology later on and taught English as a second language.

Realizing he needed more income to sustain his family, he launched his own business and fell in love with it. Within 10 years, he helped the company grow from earning $7 to over $100m.

Erik went into business against his desire but ended up absolutely loving it. He combined his 10 years of teaching experience with business strategies and entrepreneurial formulas.

“Synergy is figuring out what my skills are and what they aren’t, finding somebody who has the opposite skills, and creating harmony with that to make things grow.” – Erik Seversen

He discusses how running a business is similar to climbing a mountain. One may not succeed in every way but may choose to accept the situation and start anew.

Erik started mountain climbing when he was around 40 years old. He worked for an orphanage in India at that time. Following his colleague’s advice, he went to Nepal to visit his friend’s family.

That was the first time he saw Mt. Everest. From then on, he challenged himself to climb the highest mountain anywhere that’s near. True enough, he’s climbed the highest peak in 9 countries and 9 states.

To hear from Erik Seversen, download and listen to the episode. Connect with him through the links below. Remember to let Erik know you heard about him on Stop Riding the Pine!

If you haven’t checked it out yet, listen to our previous episode Jeffrey Shaw The Key to an Irresistible Business | Ep. 242. Don’t forget to leave a 5-star rating and review if you enjoyed the show. We would love to hear from you!