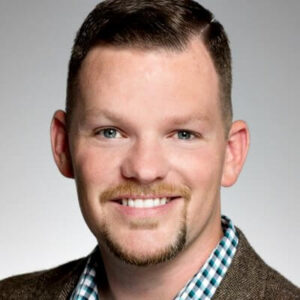 Jim Brown is the ultimate sales coach and the host of SalesTuners. He helps entrepreneurs 10x their revenue using a practical sales formula.

“People do not want to be sold to but they absolutely want to buy.” – Jim Brown

Jim is the guy when it comes to sales. He’s helped transform two companies into multi-million profit generators. One of which was acquired by Oracle.

Having raised a million dollars at Venture Capital, he went on to start his business. Two years later, the startup went bankrupt. It humbled him, and he is now back on his feet and serving as a great consultant to up and coming entrepreneurs.

Numbers don’t lie. Unfortunately, many fear to see the reality of how much their business is earning.

“If you don’t have anything, you are just an idea and you could be anything. It is limitless. But when you see the reality and the practicality of those numbers, it’s kinda daunting.” – Jim Brown on the audacity of zero

The Formula to Succeed

Looking back, Jim sees why he failed in business. He only cared about his support and biases. He didn’t care as much for their customers.

“All the effort that we put into it, we did a good job but it just wasn’t the right outcome that we wanted.” – Jim Brown

To hear from Jim Brown, download and listen to the episode. Connect with him through the links below. Remember to let Jim know you heard about him on Stop Riding the Pine!

If you haven’t checked it out yet, listen to our previous episode Marcus Damas Marketing Fueled by Culture | Ep. 200. Don’t forget to leave a 5-star rating and review if you enjoyed the show. We would love to hear from you!