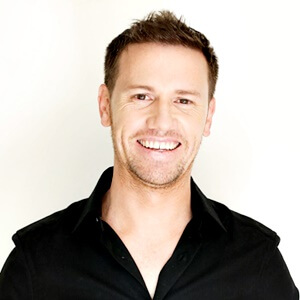 Josh Stanton is the Co-Founder of Screw The Nine To Five, a movement that is designed to empower entrepreneurs through actionable insights and tips. In their journey together, he helps them to create passive streams of income online.

“If your idea is based on what you think people would want because you’re kind of interested in that, chances are there’s probably no market existing for it right now.” – Josh Stanton

Permission to Say No

Josh tried following the traditional way to achieve success. He studied at a University and went along with the flow of where it was leading him. It was not until his dad noticed how unhappy he was.

“It’s kinda like the permission that we like to give to people at Screw The Nine To Five or to anyone who’s going down the same path as everyone else but who are not really happy.” – Josh Stanton

It was the first time that he obtained permission to say no to something he didn’t like. The next day, he dropped out of school.

From there, he went to find other ways to make money. He started with an internship at an SEO company. During those 18 months of working with them, he learned about digital marketing.

“It was like a $600 investment in the book to make a multiple 5 figures.” – Josh Stanton

In the end, he launched his own business creating and selling ebooks. The first topic was How to Take Care of Your Goldfish. Since he hired a ghostwriter, he sold his golf clubs at a pawnshop.

People may laugh about his unique decision but he earned a little more than $20,000 in the end. He only wanted to start something at that time. He saw the good opportunity and took it.

Josh encourages others to open themselves to the abundance that is just around. Back then, he used keyword research to bring people to his product. He checked to see how many were searching for keywords related to goldfish.

It helped him determine the abundance of the demand in that niche. Also, it also guided him in finding ways to generate traffic through Google and thereby build an audience of believers.

To hear from Josh Stanton, download and listen to the episode. Connect with him through the links below. Remember to let Josh know you heard about him on Stop Riding the Pine!

If you haven’t checked it out yet, listen to our previous episode Rebecca Gill A Sustainable Business with SEO | Ep. 229. Don’t forget to leave a 5-star rating and review if you enjoyed the show. We would love to hear from you!